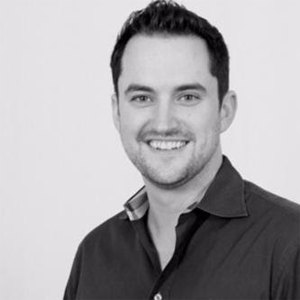 Around the world, the hands-on workforce is in crisis. People who make a living working in factories, warehouses and jobsites are facing competition, not from other companies or cheap offshore labor, but from new waves of automation that are transforming their industries. As a result, millions of people face economic uncertainty in jobs that, a generation ago, provided dignity, security and enough income to raise a family.

Technology is often blamed for this situation, and not without cause. However, not all technology is about eliminating jobs. There are tools emerging to help people keep up with the changes in the industrial workplace, giving them the skills to extend their careers in new directions and the capabilities to work in harmony with smart, connected machines and data.

‘Abandoned factories like tombstones on the landscape.’ The plight of blue collar workers in de-industrialized regions is partially responsible for the wave of populist insurgency that has rocked governments around the world. Already these movements have overturned core tenets of the postwar economic order and thrown bedrock principles of free trade and the social contract into question.

But it’s unclear if the governments that have come to power through these movements have any better answers to these problems than their predecessors. Even the vast powers of government can only do so much to change the course of powerful technology trends that are reshaping manufacturing in the 21st century: trends that some call the Fourth Industrial Revolution. These trends include the deep integration of data into manufacturing processes; the ability to measure and quantify the entire product lifecycle via the industrial Internet of Things; and the evolution of robotics and smart machines to automate many routine assembly tasks that previously employed low-skill workers.

New jobs, new skills. Does that mean that the continued loss of manufacturing jobs is inevitable, and that restoring dignity and economic security to the industrial workforce is just a hollow promise? Far from it. At the World Economic Forum in Davos last week, the top issue on the minds of the global business leaders was the skills gap – the shortfall of talent that could leave millions of manufacturing jobs unfilled over the next decade.The technologies behind these trends are not speculative: they are here. Workers from the industrial heartland of the American Rust Belt to the banks of the Yangtze River in China are all feeling their effects, and are left questioning their basic assumptions about their social position and economic prospects in a world that seems to be leaving them behind.

That’s because the manufacturing jobs of the future require new skills. In addition to the hard work, experience, discipline and craft that trade work has always demanded, the industrial workforce of the 21st century needs the tools and skills to work in harmony with data and smart machines.

The challenge is getting today’s workforce across the skills gap so they can realize the benefits. Retraining programs, the traditional technocratic solution for manufacturing job loss, have not produced great results. Mid-career workers face challenges adapting to unfamiliar expectations, and classroom training is not always the best solution for people who chose their careers because they prefer working with their hands.

At the same time, the technology investments that have created so much productivity for information workers, from PCs to laptops to handheld mobile devices, have not really reached the workforce that needs to keep their eyes on their work and their hands on their equipment. Taking those workers away from their tasks to check kiosks or even smartphones hinders their efficiency and distracts them from the task at hand. As a result, vast swaths of the human-based manufacturing workplace remain tied to antiquated paper-based processes and informal reporting and oversight, even as everything around them is becoming more data-driven and automated.

It’s time to invest in the hands-on workforce. The solution to many of these problems comes in an unassuming package: smart glasses – head-mounted displays that present information directly in the field of view, and can be controlled via simple gestures and voice. Over the last several years, these wearables have matured to the point that many leading industry players such as Boeing, GE and Rio Tinto are now employing smart glasses as an important part of their Manufacturing 4.0 strategies.

Even the most basic implementation of smart glasses can solve the problems of getting timely information to hands-on workers. With a little bit of customization, businesses can bring digital workflows, measurability and transparency to their entire manufacturing process. These solutions have helped global organizations upskill their workforce and realize productivity gains of as much as 47 percent, with greater capacity utilization, reduced errors and increased workplace safety.

The revolutionary benefit here, though, is how smart glasses transform learning. Especially for skills that require manual dexterity, people learn by doing, not by sitting in classrooms or taking tests. Research shows that giving people information in the context of their hands-on work not only reduces the stress and cognitive load of changes to work habits, it offers immediate, dramatic improvements in efficiency, speed, accuracy and productivity.

Restoring hope to the lost generation of industrial workers. By reducing the barriers to learning, this simple technology can address the biggest challenge facing manufacturing companies and the workforce: the need for constant learning to keep pace with constant change. It can transform the economic possibilities of industry for young people looking for good jobs without going into debt, and can help keep experienced workers agile and relevant throughout their careers.

Tamron: The Global Lens Manufacturer Focused on the Future

Unlocking the Value of Connected Cars

Comprehensible Distribution of Training and Information...

The Current Focus is On Comprehensive Solutions

Big Data Analytics and Its Impact on the Supply Chain

Carmax, the Automobile Business with IT at the Core

The CIO's role in rethinking the scope of EPM for...

Transformative Impact On The IT Landscape

Get Ready for an IT Renaissance: Brought to You by Big...

Technology to Leverage and Enable

Speed is the Name of the Game

High Time For Digital Marketing To Enter The Content Laboratory

Why Mobile Marketing Represents A New Era Of Digital Marketing

How To Manage Todays Customer Experience

However, if you would like to share the information in this article, you may use the link below: